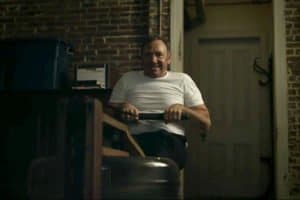 I’ve finally caved and decided to acknowledge the “House of Cards Rowing Machine.”

Too many readers have asked me questions like, “What is the rowing machine on House of Cards?” or “Is this the Frank Underwood rowing machine?”

Every time I laugh at how such a popular rowing machine became even more popular by being used by a fictitious politician in a drama series.

While at first I snarkily critiqued Kevin Spacey’s form, I then began to enjoy the newfound popularity brought to this piece of exercise equipment and was happy for the success of the brand.

With so many inquiries about this House of Cards rowing machine, I’ve decided to do a full breakdown that includes history, symbolism, appearances, and much more!

Plus, you can read my full review of the House of Cards Rowing Machine, in case you want to buy one and be just like Frank Underwood

Since the beginning of the first season of House of Cards, when Frank Underwood first started rowing, sales of rowing machines have been going up.

I first started noticing this trend before I had any idea what was happening!  Emails began coming in with comments like “Is this the rowing machine from House of Cards?”

I didn’t even know what the show was yet but as the comments rolled in I had to check it out.

As soon as I watched the first few episodes I was hooked! I binged watched every season that was available and eagerly waited for the next season.

I have become a fan ever since I started watching! Mainly because the show accurately depicts what I imagine a Machiavellian infected Washington to be like.

Maybe in the coming House of Cards seasons we can see Frank Underwood lose some weight on that rowing machine and become ripped! Even better, maybe we can see him row a 2k!

There have been numerous appearances of the rowing machine in House of Cards with a sort of symbolic significance surrounding it.  Each appearance brings greater and greater popularity to the “monstrosity” as Frank Underwood calls it.

Take a look at these Google trends of search terms related to the rowing machine in House of Cards.

As you can see the first spike happened in February 2013. This is when the House of Cards first season aired and the first time the rowing machine appeared in episode 2.

You then see spikes align with the release of each new season and each time you see a rowing machine on House of Cards.

This is a video clip of the first rowing machine appearance on House of Cards. It was Season 1 (Episode 2), where Frank’s wife, Claire, gives him the rower because she feels he needs to exercise his heart as much as his brain.

This is a symbolic moment introduced early in the show that I explain a little more below.

The House of Cards rowing machine symbolism is something that isn’t caught by every audience member and is more of a hint than a piece of concrete evidence.

Some view it as Claire, a workout enthusiast, suggesting that her husband take better care of himself as he ages. Nothing more, nothing less.

Others feel there are deeper meanings and a rowing machine was specifically chosen to symbolize something more complex.

Here is a list of deeper connections I have read and come up with:

Whether or not there is any symbolic references attached to the rowing machine in House of Cards is still damn cool thing to ponder!

If you have any other ideas about connections or meanings with the House of Cards rowing machine symbolism please leave them in the comment section below!

What Brand/Model is the House of Cards Rowing Machine?

As most people may have already known, the brand that produces the rowing machine is WaterRower.

The WaterRower brand is known distinctly for making the most aesthetically pleasing rowers on the market. 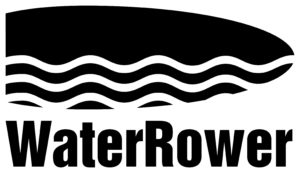 Each WaterRower rowing machine is handcrafted from replenishable hardwoods from the Appalachian mountains of the U.S..

The resistance is created by paddles suspended in a tank of water at the front of the rower.  This creates the distinct sound created by the WaterRower that is often described as “pleasantly meditative”.

While many people claim the model is the WaterRower Oxbridge, it’s difficult to tell and is not officially stated. WaterRower makes many different models that all function exactly the same and differ only in the type of hardwood they are made from.

The different hardwoods change the model name and price, which makes it difficult to tell the model from a video.

However, the wood grain and color does most closely resemble the WaterRower Oxbridge or WaterRower Natural. To see all the WaterRower models and reviews check out my Rowing Machine Comparison Chart.

Or check out my WaterRower Oxbridge and WaterRower Natural individual reviews.

Why the WaterRower Brand?

House of Cards production crews initially looked at all the rowing machine brands before settling on the WaterRower brand.  They enjoyed the elegant look of the wooden rowing machines and felt the style most closely aligned with what Frank Underwood would purchase.

WaterRower’s are some of the highest quality and most expensive at-home rowing machines and are often purchased by more affluent buyers.

They are often bought due to their wooden designs that go well in more hardwood themed homes and living rooms. 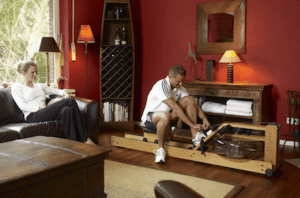 I wouldn’t have expected to see any other brand on House of Cards other than a WaterRower.

Their designs have proven to be so elegant that The Museum of Modern Art decided to start selling them in their official store.

It is the only piece of fitness equipment sold by MOMA.

Initially it was said that WaterRower took a “leap of faith” partnering with the show, as they received no money for allowing the machine to appear in the series.

A spokes person for WaterRower commented that most of the times the cost for them to ship a rower to a production crew cost more than any benefit they receive due to the rowing machine usually just sitting in the background.

However, their gamble paid off this time as sales from their main Warren, RI location has tripled since the show aired and often struggle to keep up with demand.

I believe the House of Cards rowing machine has been a great addition to the show.  Viewers seem to love it and the sport has gained a few fans.

Not only has the sport benefited but the company WaterRower has been rewarded with even more success than before.

While it may be difficult to measure, I’m sure other companies have benefited as well. Some viewers most likely purchased other brands if they like rowing but could not afford a WaterRower.

Hopefully we can continue to see the rowing machine featured in House of Cards. More air time can only bring more fans to the sports.

I can only imagine Frank Underwood looking into the camera to say a quip – “A rising tide, raises all ships.” 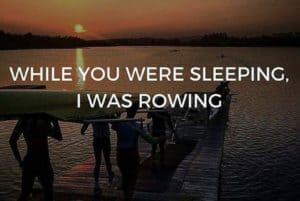 I always believe it helps to post rowing quotes on your wall or erg to remind yourself to push harder while training! There are plenty... 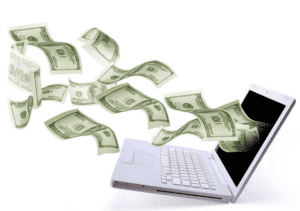 If you’re looking for Concept2 rowing machine financing options, you’ve come to the right place. I’ve analyzed the different options and compiled a list of... Once a week I get asked, “What is the difference between a water vs. air rowing machine?” I usually write a long-winded response, so I’ve... 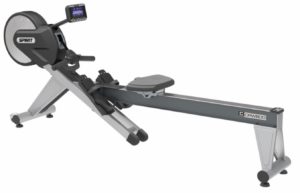 Are you looking for a great combination air & magnetic rowing machine? One that has commercial-grade quality and an excellent warranty? Plus, an advanced monitor...