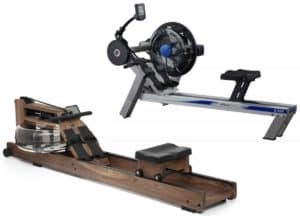 Wondering what the difference is between a vertical vs. horizontal rowing tank? Well, you’re in the right place!

If you compare the models available today to those available 15, 10, or even 5 years ago, I’m sure you’ll see a lot of differences.

The latest models have digital screens compatible with your smartphones, better ergonomics, and so many improvements made in response to customer complaints and feedback.

One of the newest changes made involves the tanks utilized by water rowing machines. Initially, tanks were horizontal, but nowadays, I’m seeing more and more models with angled or even vertical tanks.

Below, I lay out some of my findings after researching the angled vs. vertical vs. horizontal rowing tank designs. After reading, you’ll have a better understanding on how different these models are and how each can benefit you directly.

I think you’ll be fascinated by the concept and by the time we get to the end of this page, you’ll know clearly which option is best for you.

Right now, there are three configurations for your rowing machine tanks on the market:

Horizontal Rowing Tank – This is the classic configuration. You’ll find it on models like the WaterRower Classic and Sunny Obsidian Surge. It’s designed to mimic the most natural rowing motion as if you were on a boat or canoe.

Angled Rowing Tank – This is a newer configuration. Seen on models like the Sunny Phantom Hydro and the Fitness Reality 3000WR. Some utilize a 45-degree rowing tank, while others opt for a 60-degree rowing tank. Whatever the case, the tilted rowing tank is intended to add a level of difficulty to the rowing motion. 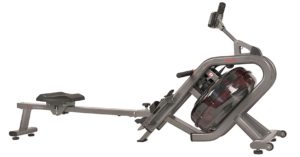 Vertical Rowing Tank – This is a less-common configuration, but one that I’m fairly convinced is actually ideal for kicking your workout intensity up a notch (as I’ll explain in the next section). Models like the First Degree Fitness E520 use a fully vertical tank installed at a 90-degree angle to the rower itself. 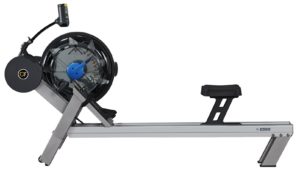 As I mentioned above, the classic configuration for water rowing machines has been horizontal rowing tanks. The oldest water rowers on the market utilize this layout, but it’s only in recent innovations and newer models that the angle of the tank is adjusted.

I wanted to find out why, so I set out to do some sleuthing. I think you’ll find the answer as interesting as I did.

What is Rowing Resistance?

I’ll explain what rowing resistance is by talking about horizontal tank rowers. With a horizontal rowing tank, you get the most “natural” feeling motion.

What does that mean? Simple: it’s the motion you’d get if you were rowing in a boat.

Forgive my geekiness, but I’m going to take a moment to explain a little bit about the physics of rowing.

According to one Oxford research paper [1], “Boats move because momentum is transferred to the water by the rowers and their oars, causing the boat to move forwards.”

Pretty easy to understand, right? But we’re just getting started.

The paper explains, “Momentum is imparted to the water by the oar, resulting in the boat accelerating in the opposite direction. Although the blade appears to “lock on” in the water, it must move the water in the opposite direction to the motion of the boat in order to conserve momentum. As it is energetically efficient to move a large amount of water slowly, rather than a small amount quickly, blades have a large surface area in order to maximize the water displaced.”

Theoretically, the bigger the blades, the more water could be displaced, so the faster you’d row.

In the case of a water rowing machine, the more blades you have inside the tank, the more water displacement, so the faster your momentum.

Now, there is one big force working against the person doing the rowing: the water. Specifically, the viscosity of the water.

Viscosity is defined as [2] “resistance of a fluid to deformation at a given rate”. In simpler terms, it’s just the “thickness”.

Why am I explaining all this science stuff when you just wanted to learn about the differences between a vertical vs. horizontal rowing tank?

I promise it will make sense. In fact, let me get to the explanation now…

The Differences Between Vertical vs. Horizontal Rowers

Ok, so now you understand the main force behind horizontal rowing tank resistance. Plus you know – a horizontal tank mimics the precise motion of rowing a boat.

You’ve got the paddles pushing against the water inside the tank. When you pull on the rowing handle, the paddles spin horizontally, and the water is displaced. The water then actively works to slow down the paddles from continuing to spin.

However, unlike with rowing a boat, the goal isn’t always to propel the boat forward at the fastest pace. Sometimes we are wanting to maximize for the greatest resistance or exertion.

I’m sure you’ve heard the expression “like pushing water uphill” to describe something incredibly difficult.

There’s good reason for that: water, like everything else, is affected by gravity.

Aha, I bet now you see where I’m going with this!

It’s quite simple: because of the addition of gravity, rowing in a vertical rowing tank is more difficult (or angled tank).

A horizontal rowing tank is filled with water that you will need to displace, but you’re only fighting against water’s natural thickness.

An angled rowing tank gets gravity involved, too. The steeper the angle of the slanted rowing tank—45 degrees, 60 degrees, etc.—the more gravity pulls the water downward against the paddles you’re working hard to spin.

In a vertical tank, you are fighting not only water’s viscosity but against the direct DOWNWARD pull of gravity.

Some pretty complex physics calculations are required to tell you exactly how much more difficult it is to work with a vertical rowing tank, but suffice it to say, the difficulty is greater.

For those who want to push their training sessions to the absolute max, this is definitely a good thing!

Can A Vertical Rowing Tank Save Space?

One thing I find interesting about rowing machines with vertical rowing tanks is their design. Specifically, how compact they can be.

Finally, compare it to the dimensions on the horizontal tank WaterRower Classic which are about 83.0″ inches long.

What Causes the Length Difference?

The length is different due to the placement of the water tank in relation to the rowing rails.

With a horizontal or angled tank, the tank is typically placed at the front of the machine. With a vertical tank, however, the design is a bit different. The tank can actually be elevated so it doesn’t get in the way of the rowing track. The footrests can be placed much closer to the tank, or even right alongside it.

This gives manufacturers a bit more flexibility in terms of machine length. In the case of the First Degree Fitness E520A, the tank is actually built on a separate stand next to the pedals, making it a noticeably shorter machine.

Now, if you looked carefully at the dimensions above, you’ll notice the vertical rowing tank machine is also noticeably wider than the angled rowing tank machine. The manufacturer opted for a wider machine but designed it to be shorter.

So another factor to consider is do you want a wider or shorter rowing machine?

As a rower myself, I love doing in-depth research and learning how machines work the way they do.

Now that I know the differences between the vertical vs. horizontal rowing tank, I’m considering whether I want to switch up my rowing machine. This way, I can achieve a higher difficulty level and can get a better workout.

Keep in mind, for most people a horizontal rowing tank is all you need. Experienced rowers have been using horizontal tanks for decades and getting a great workout. However, if you are deciding which model to buy now, it’s something to consider.

I hope this article made it clear on why to consider either a vertical rowing tank, angled rowing tank, or horizontal rowing tank. Hopefully, you can find the rowing machine that works best for your specific workout goals.

To that end, take a moment to read over some of my rowing machine reviews. I’ve gone over the best models around and done extensive testing and research.

Here is one angled water tank rower and one horizontal tank rower to get you started:

If you have any thoughts or opinions on the “vertical vs. horizontal rowing tank” debate or want to share your experience with a particular rowing machine, feel free to leave a comment below! 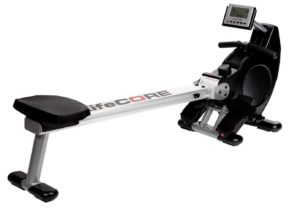 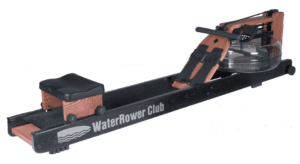 The WaterRower Club Rowing Machine in Ash Wood is another fine addition to the WaterRower collection. Like the other WaterRower models, it provides an ultra-smooth... Do you feel like your rowing seat pad is a rock? Do you think it’s time to invest in a new rowing machine seat cushion?... 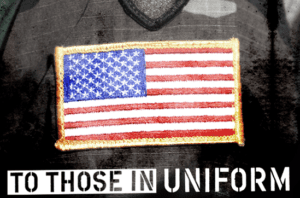 If you’re looking for a Rogue Fitness military discount, you’ve come to the right place. I’ve contacted the manufacturer, done the research,  and searched all...